This is part of a series of reports of consumer credit trends produced by the Consumer Financial Protection Bureau using a longitudinal sample of approximately five million de-identified credit records from one of the three nationwide consumer reporting agencies. This report was prepared by Lucas Nathe and Ryan Sandler.

In 2015, the national credit reporting companies announced the National Consumer Assistance Plan (NCAP) as part of a settlement with numerous State Attorneys General, which included provisions for the reporting of medical debt.1 As part of the NCAP, the companies committed to no longer reporting medical collections that were less than 180 days past due and removing medical collections that have been paid by insurance. Both of these provisions were intended to prevent consumers’ credit from being penalized for debts that were not the consumers’ responsibility to pay.

One limitation of our analysis is that medical collection tradelines are not always reported to all three national credit reporting companies. Thus, the CCP does not have complete coverage of all medical collections because the CCP is derived from the credit records of a single company.

The key findings of this report are:

People rarely plan to take on medical debt. Medical costs are often unforeseen, and billing is confusing and opaque. Ultimately, providers send many unpaid bills to third party collections. Medical debt is the most common type of third-party collection on consumers’ credit reports and the most common type of debt that consumers are contacted about by debt collectors.4 Third-party collectors of medical debt typically have little access to providers’ records. This can make it difficult for people to confirm that the medical debts that collectors contact them about are valid and accurate.

Figure 1: Share of Medical Collections Tradelines That Remain on Consumer Credit Reports Over Time Since First Reported, by Size 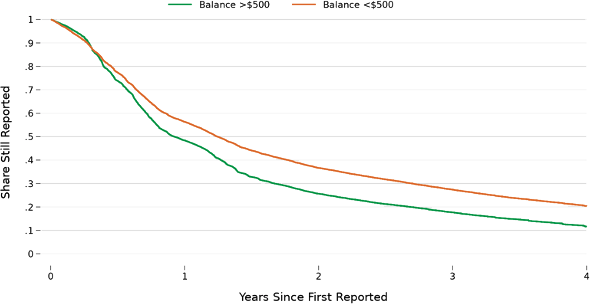 Medical Collections Likely To Be Removed in The Next Year

In the coming year, the Medical Collections Reporting Change will remove paid medical collection tradelines and those with initial balances of less than $500. It will also delay reporting of medical collections for a year after the date of first delinquency, up from the 180 days specified in the NCAP. We now examine how consumer credit reports may look after these changes. 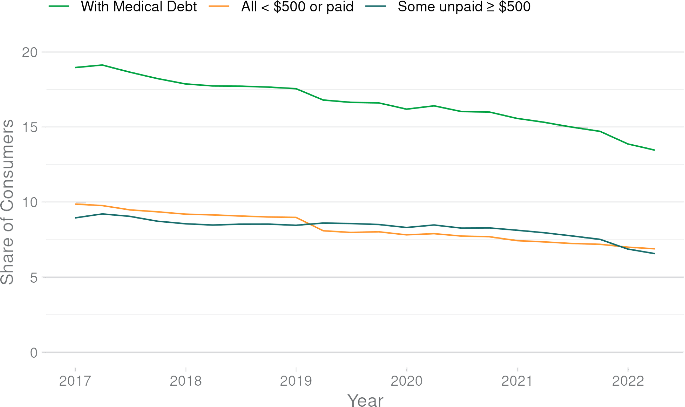 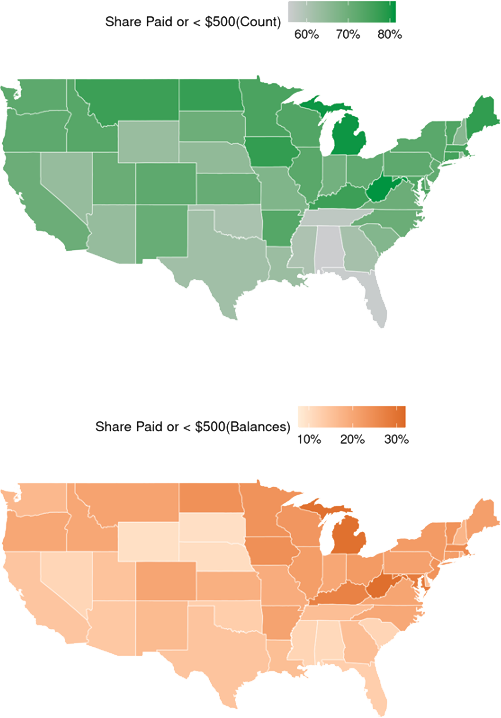