Today, we’re releasing a report that looks at deals between financial institutions and colleges to market credit cards to students. Congress requires credit card companies to provide data on these agreements to the CFPB each year, and further requires the CFPB to look at these arrangements in an annual report.

This year we found that there are fewer schools marketing credit cards, and those that do are not making their agreements with credit card companies readily accessible to students.

The Credit CARD Act of 2009 placed new restrictions on marketing credit cards to college students, and requires schools and credit card companies to disclose these agreements publicly. In 2009, there were more than a thousand such agreements in effect. By the end of last year, the number had fallen to 336. According to the Government Accountability Office, in 2013 there were at least 852 schools that had agreements to market debit or prepaid cards to students.

At the end of 2013, there were about 950,000 credit card accounts open under the terms of these agreements. At the end 2009, before the relevant provisions of the CARD Act took effect, there were more than 2 million such accounts. Payments by credit card companies to schools in connection with credit card marketing also declined from nearly $85 million in 2009 to under $43 million in 2013.

Bank of America is the dominant issuer in this market with four times as many credit card agreements in effect in 2013 as its closest competitor. The bank had more than 80 percent of all accounts open under such agreements with schools as of the end of 2013.

Most credit card agreements are with alumni associations

The number of new accounts originated in a given year has increased since 2012. Nearly three-quarters of this new account growth is accounted for by agreements between issuers and alumni associations, indicating that most new accounts likely are issued to alumni, not to students.

Today’s report also takes a look at how transparent colleges are being about these agreements. Credit card issuers are required to provide prior year agreements to the Bureau, but the law requires colleges and universities to disclose all their credit card agreements, including those currently in effect.

Our analysis shows that most colleges aren’t making it easy for students and the public to learn about what deals are in effect. Just seven of the 35 schools we looked at provided clear information on their websites to find this information. Using a reasonable search protocol, we were unable to locate online any information about such agreements for the remaining 80 percent of our school sample.

To evaluate the accessibility of agreements in the public domain, we identified schools with the largest number of total accounts and the largest enrollment from our agreement database – yielding 35 distinct schools with a combined total of over half a million students.

Next, we created a basic online search methodology to see if we could find the marketing deals – or information about how to obtain them – using a commercial search engine, the sitemap of the institution’s website, and, when it existed, the search engine function on the school website. We found that the overwhelming majority of schools provided no information on their website regarding the agreement. Only one of every five schools provided a link to their marketing deal or online guidance on how to obtain their marketing agreement with a credit card issuer.

Accessibility of agreements on school websites 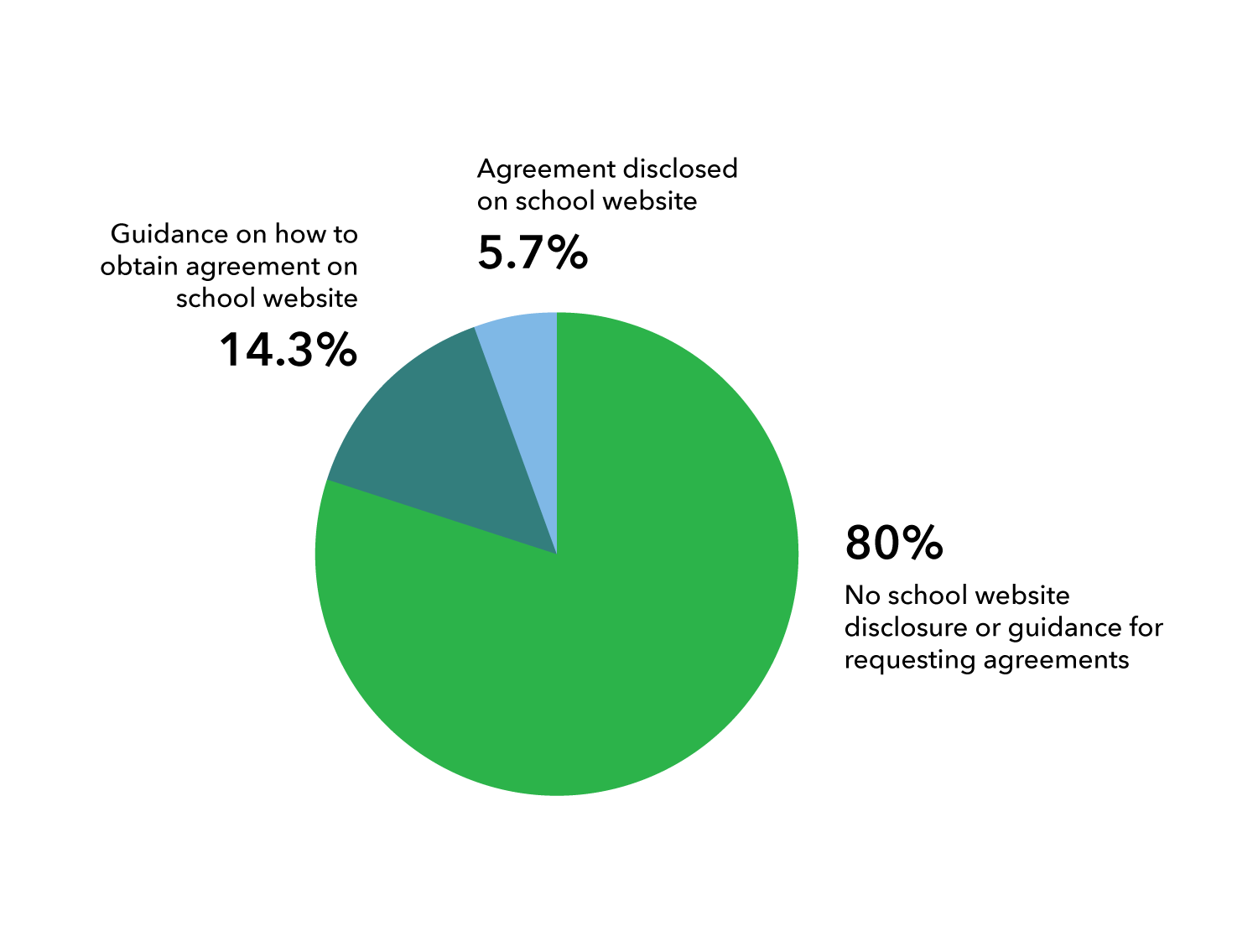 Get an in-depth view of this data by checking out the report.

Interested in whether your school or alma mater has a marketing deal with a credit card issuer? Check out our College Credit Card Agreement Database.

Have a problem with your credit card or other financial product? You can submit a complaint online or call (855) 411-2372.