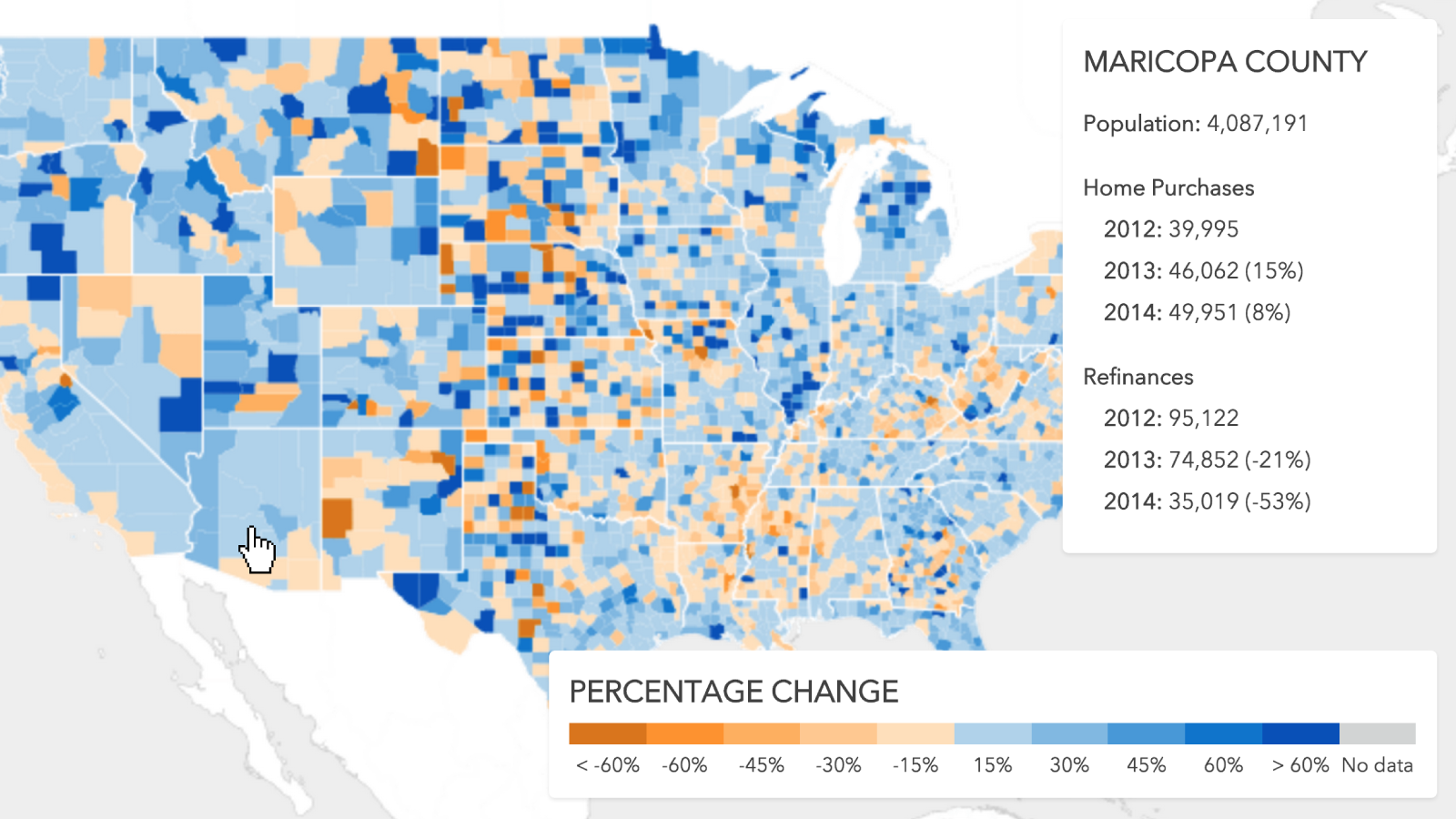 Today, the Federal Financial Institutions Examination Council (FFIEC) published the 2014 Home Mortgage Disclosure Act (HMDA) data showing that more people took out a mortgage to purchase a home in 2014 than in 2013 and that fewer people refinanced their mortgages. As part of our work to educate consumers to make informed financial decisions, we at the Consumer Financial Protection Bureau (CFPB) – along with the other members of the FFIEC – are committed to making HMDA data clear and available to you.

The 2014 data include information on 9.9 million home loan applications. Of those, nearly 6.0 million resulted in new mortgages being taken out in 2014. Here are some of the nationwide trends that we found particularly interesting:

You can check out more trends from this year’s HMDA data in the Federal Reserve Board’s annual article , look for your state or county using our online maps and charts, or explore the data yourself using the CFPB’s online HMDA data tools or the FFIEC’s website .